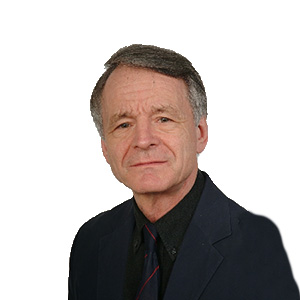 Professor Géza Szilvay, born in Budapest, Hungary, studied the violin at the Béla Bartók Conservatory and Pedagogics at the Budapest Music Academy where he graduated in 1966. He also studied law and political science at the ELTE University in Budapest and took his doctor’s degree in 1970. In the 1960’s he played violin in the Budapest Symphony Orchestra and taught and conducted the Children and Youth Orchestra of the Hungarian State Radio and Television. In 1971 he started to teach the violin at the East Helsinki Music Institute, Finland, and 1978-2010 also at the Sibelius Academy in Helsinki. In 1984-2010 he was Principal of the East Helsinki Music Institute. In 2012 he embarked on an ongoing project “International Minifiddlers” incorporating videoconferencing as a teaching tool, whereby in real time he works with Colourstrings pupils and teachers across the world.

Géza Szilvay is the originator of the meanwhile internationally renowned and successful Colourstrings teaching method which at present comprises 42 publications. He has developed the method step by step from the very beginning of teaching small pupils, adding exercises constantly. By integrating the development of musical hearing, musical intellect and emotional world of the child to his teaching of violin technique he applied the principle of reinforcement of perception through joint functioning of the senses. Right from the start he added group teaching to individual tuition and established string orchestras. His 1972 founded and conducted The Helsinki Junior Strings orchestra (now known as The Helsinki Strings) has become renowned through 38 international concert tours worldwide and 28 published recordings under Fuga, Finlandia, Apex and Warner labels.

Szilvay’s way of teaching the violin had soon a strong impact on the musical education in Finland and a large percentage of his students over the years became professional musicians. He inspired young parents and little kids all over the country with his TV programme “Minifiddlers in Musicland” in 55 series being broadcasted in the 1980’s by the Finnish Television YLE. As author of the screenplay and performer-tutor throughout the series he smuggled in violin teaching whilst visiting the various places of the “Musicland” with his little pupils.

Géza Szilvay gained international recognition not only as violin pedagogue and creator of the Colourstrings method but also as educator and conductor of children’s and youth orchestras. For 10 years he headed the yearly training camp Prima Nota, bringing together young string players from all over Finland and practising and performing with them an appropriate repertoire for youth string orchestras.

He has given more than 200 lectures and workshops on his teaching method and philosophy not only in Europe, but further afield in China, South Korea, Taiwan, Japan, USA, Canada and Australia.